lan Levy-Mayer is Vice President and Senior Broker at Cannon Trading Company. He has been a licensed commodities broker since 1998 and holds an MBA in Finance and Marketing from Hebrew University in Jerusalem.

Ilan Levy-Mayer is and has been an Associated Person (“AP”) with the Introducing Broker (“IB”) Cannon Trading Company located in Beverly Hills, California since February of 1998.

Before joining “Cannon” Ilan graduated from Fort Hays State University (Hays, KS) in May 1992. Ilan started out his career as a professional basketball player over-seas where he played until he suffered a major knee injury (June 1992-March 1997). Ilan could no longer play Basketball at his full potential and decided to expand his education. He received his MBA in Finance and Marketing from the Hebrew University of Jerusalem in October 1997. While studying for his MBA, and after receiving it, Ilan worked as an Institutional Account Executive in a start-up internet company called “Internet Zahav Ltd.” which translates to “Gold Internet” between December 1996 to December 1997. In January of 1998, Ilan moved to Los Angeles, California where he soon began his career in the Futures Industry.

The experience Ilan gained from working for a start up Internet Company helped him establish the online trading division at Cannon Trading Co, Inc. better known as “E-Futures.com”, which was one of the first online futures trading companies in the industry.

As an AP of Cannon Trading Co., Ilan wrote several articles about trading and trading psychology as well as being quoted a number of times in different publications in magazines such as: “SFO magazine”, “Futures magazine” and “Bloomberg news” just to name a few.

In July of 2004, Ilan was a guest speaker in a webinar held by the Chicago Board of trade, titled: “Successful Insight Into Day-Trading mini-sized Dow Futures”: Ilan Levy-Mayer of Cannon Trading Company shares set ups, indicators, and a broker's observation of who succeeds in trading futures.

Ilan Levy-Mayer has been in the futures business since 1998, and in this time he has made a name for himself as well as Cannon Trading Co., and both are well respected in the industry.

On February 13th 2008 Ilan was listed as a principal of Cannon Trading Co., where some of his duties include communications with FCM's, online marketing, risk management, software evaluation and general office management.

* Please note that the information contained in this letter is intended for clients, prospective clients, and audiences who have a basic understanding, familiarity, and interest in the futures markets.

** The material contained in this letter is of opinion only and does not guarantee any profits. These are risky markets and only risk capital should be used. Past performances are not necessarily indicative of future results.

*** This is not a solicitation of any order to buy or sell, but a current market view provided by Cannon Trading Inc. Any statement of facts herein contained are derived from sources believed to be reliable, but are not guaranteed as to accuracy, nor they purport to be complete. No responsibility is assumed with respect to any such statement or with respect to any expression of opinion herein contained. Readers are urged to exercise their own judgment in trading! 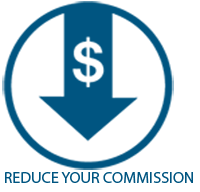 You and your broker will work together to achieve your trading goals. We develop long term relationships with our clients so that we can grow and improve together.

Please click on one of our platforms below to learn more about them, start a free demo, or open an account.